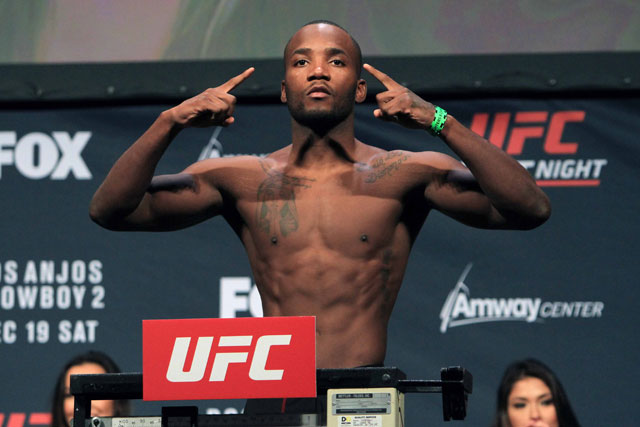 Early morning fights this Saturday as UFC Singapore comes to fans at a brisk 8 a.m. EST. Here’s who Cageside Press is picking for the morning card.

Donald Cerrone and Leon Edwards headline UFC Singapore bright and early on Saturday morning. Cerrone returned to the win column for the first time since 2016 in his last fight, knocking out Yancy Medeiros in February in the main event of UFC Austin. Leon Edwards has won seven of his last eight fights, including five in a row. Cageside Press is split on the main event, with four picks apiece.

The UFC Singapore co-main event is a light heavyweight clash between Tyson Pedro and Ovince St. Preux. Tyson Pedro bounced back from the first loss in his career by submitting Saparbek Safarov at UFC 221. Ovince St. Preux was on one of the finest runs of his UFC career, stopping three opponents in a row before running into Ilir Latifi, who also handed Pedro his lone loss. Like the main event, Cageside Press is split down the middle on this fight.

It’s Jessica vs. Jessica on the main card as Jessica Eye battles Jessica-Rose Clark in a flyweight bout. After going winless from 2015 to 2016, Eye had her UFC flyweight debut scrapped twice in 2017. She made her 125-pound debut earlier this year, defeating Kalindra Faria by decision. Clark is 2-0 in her Octagon career thus far, defeating both Bec Rawlings and Paige VanZant via decision since coming over from Invicta. All but one writer went with the Australian Clark in this bout.

The always-entertaining Li Jingliang opens up the main card against Daichi Abe. Abe is 1-1 in his UFC career so far, with his loss to Luke Jumeau February being the first of his MMA career. Jingliang is a Japanese brawler has won four of his last five, earning post-fight bonuses in three, and stopping three opponents as well. All but one writer selected Li Jingliang.