The UFC lightweight division has arguably never been more competitive, and Edson Barboza and Kevin Lee are looking to round out the murderer’s row making up the top five at UFC Atlantic City.

In the last two weeks, the lightweight division has seen both Khabib Nurmagomedov and Dustin Poirier turn in impressive performances in the lightweight division. Stars like Conor McGregor and Tony Ferguson are currently on the sidelines but would easily shift the balance of power upon their return. With several top-ranked contenders jostling for position, there is more pressure than ever to put on a show. All of which makes the collision between Edson Barboza and Kevin Lee at UFC Atlantic City even more eagerly anticipated.

Edson Barboza has been wreaking havoc in the UFC since 2010, where his blend of striking has helped him to dispatch 13 of his 18 opponents inside the Octagon. Along the way, he has turned in some of the most spectacular highlight reel knockouts of the decade. His spinning wheel kick finish of Terry Etim is regarded as the knockout that started the trend and his more recent flying knee finish of Beneil Dariush showed that he remains as dangerous as ever at 32 years old.

For as impressive as “Junior” has been, he has also hit setbacks throughout his run. He has consistently turned in three-fight win-streaks in his UFC career, but has always come up short in the fight that would elevate him into title contention. His losing efforts to Jamie Varner, Tony Ferguson, and Khabib Nurmagomedov all came at times when it seemed Barboza had turned the corner in his skills. Similar to Dustin Poirier this past week, there is no shame in some of the losses he has suffered but there is question of whether or not he can put together that special run to take him from perennial contender into a possible UFC champion. Coming off a loss once again, his first order of business is getting back on the winning track.

Kevin Lee flew under the radar to begin an impressive UFC career back in 2014. At 25 years old, he is the youngest fighter in the top ten in the lightweight division and has strung together a four and five fight win-streak inside the Octagon. It wasn’t until 2017, however, when a now infamous press conference scuffle introduced him to the masses. In the first press conference announcing the return of Jon Jones to face Daniel Cormier, Lee stole the show when an inflammatory comment led to an on-stage altercation between himself and Michael Chiesa.

He backed up the talk with a first-round finish of Chiesa to solidify his top ten status. The victory and circumstances of the division put him in an interim title fight against Tony Ferguson last October.  Lee was able to cause trouble for Ferguson early but eventually succumbed to the ground-game of “El Cucuy,” being stopped in the third round via triangle. Lee’s performance was praised as he took the bout while ailing from a staph infection and was able to hold his own against the more highly ranked Ferguson. Now several months removed from the bout, it will be seen if he can build on the positives from that fight to get back into contention with a victory against Barboza.

Stylistically, the crisp boxing of Lee could pose problems for Barboza as the Brazilian is a compact striker who needs to be in the mid-range to be most effective with his Muay Thai. Lee showed that he is adept at using forward pressure and masking his takedown attempts behind his punches, all of which are factors that have been the key to victory for previous Barboza opponents.

For Barboza, the key will be to counter and diversify his attack. He is the more explosive of the two so being able to make Lee weary of closing the distance will be crucial for a victory. Furthermore, his kicks can work to quickly take away the speed and mobility of Lee but he should look to land them when Lee is moving away, where it is less likely that he will be able to use them to get takedowns. Lee is no Khabib Nurmagomedov on the mat so while Barboza is still at a disadvantage on the ground, he needs to put his last fight behind him and be confident in his ability tie up Lee and not allow him to be active on top.

The winner of the bout sets themselves up for a top-five match-up with major title implications. Eddie Alvarez likely awaits in the wings, although Justin Gaethje could also be a candidate. With the MMA world awaiting a timetable for Conor McGregor and Tony Ferguson, however, it’s not out of the question that the winner could find themselves in a title eliminator or even title fight should injury or circumstances affect a championship bout at 155 later this year. There will be pressure to top the battle in Glendale last week, all of which bodes well for the fans watching this Saturday night. 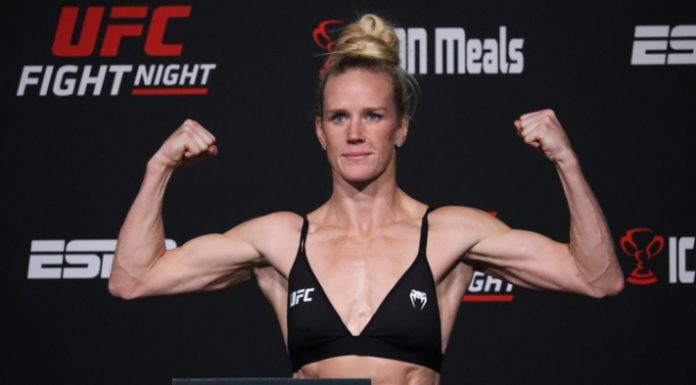