Cris Cyborg has stepped up to save UFC 222 on short notice, but in doing so granted Yana Kunitskaya an opportunity to score a historic upset.

The reign of Cris Cyborg has lasted more than a decade, and if you can believe it she is arguably more dangerous than ever before. When men’s featherweight champion Max Holloway suffered an injury, the Brazilian champion stepped up to save the event. Opposing her will be UFC newcomer “Foxy” Yana Kunitskaya who will look to score one of the greatest upsets in UFC history at UFC 222.

The main criticism the Brazilian legend has faced in the last two years is that her competition has been physically much smaller. Her last four fights have been against natural bantamweights that were moving up to face her at catchweight or featherweight. That is not something in her control as the UFC has yet to sign a woman who naturally competes at 145.

There has been much speculation as to why. One theory was that the UFC was not committed to the division and was choosing to take advantage of Cyborg’s star power until she fought out her contract. She has admitted herself that she is disappointed seeing Bellator adding more names to their roster and the UFC not following suit. Now, it is not on Cyborg to sign featherweights to the UFC. But that has not stopped her competition from taking aim at her for continuing to accept fights with the smaller women being offered to her.

Cyborg has only been able to fight the competition put in front of her, but she has done her part by dominating them as she should. No fight raised her stock more than last December where she faced giant killer Holly Holm. Holm showed grit but did not have an answer for the power of Cyborg. Justino’s shots simply did more damage despite not landing with the same volume as “The Preacher’s Daughter.”

The deck is clearly stacked against UFC newcomer Yana Kunitskaya, but it does not mean she’s completely without factors in her favor. “Foxy” trains at JacksonWink where her main training partner is Holm  She has had several weeks to help break down Cyborg with the same coaches and can improve on what her teammate was able to do.

Kunitskaya has been battle tested at featherweight in the past. She owns a high profile victory over 145 stand-out Cindy Dandois in 2010, becoming one of only three women to ever defeat the Belgian contender. Most of her success, however, has been at bantamweight where she fought for the title in Invicta. She is best known for her controversial No Contest against then-champion Tonya Evinger. Kunitskaya originally won the bout by armbar in the first round but the decision was overturned due to the referee making an error that cost Evinger the position. Kunitskaya would be stripped of the title and lose the immediate rematch by submission. “Foxy” would then go on to win the vacant title against unknown Raquel Pa’aluhi before getting the call to fight for the UFC. Interestingly, before the bout with Cyborg was offered, Kunitskaya was scheduled to compete in the first non-title featherweight bout in UFC history.

Stylistically, the fight will be determined by who is able to apply forward pressure. Kunitskaya is a volume striker who does her best work pushing forward and using a diverse range of strikes. The Russian’s best hope for success on the feet will be a high output similar the strategy Holm implemented. Conversely, Cyborg will have a distinct power advantage and has shown very accurate counter-striking in recent bouts. She will have the will either look to counter or could opt to come forward and strike with Kunitskaya against the fence where the Russian has struggled in the past.

On the ground, Kunitskaya uses an active guard but will first have to get Cris Cyborg to the mat. The Brazilian is very powerful in the clinch and is an experienced grappler herself. If Kunitskaya wishes to get the fight to the ground, her best option is to set up a takedown in the middle of the Octagon as it is notoriously difficult to overpower Cyborg against the fence. For Justino, Tonya Evinger showed that staying active on top can frustrate Kunitskaya and Cyborg can use her strength to exploit that even further.

A victory for Cris Cyborg continues her historic run, and it is difficult not to look ahead to possible bouts with Megan Anderson or Pam Sorenson. However, the best-laid plans have been derailed by fighters exactly in the same position as Yana Kunitskaya. The former Invicta champion has overcome a long road to prove she can compete with the best in the world. Why then, would you count her out now? 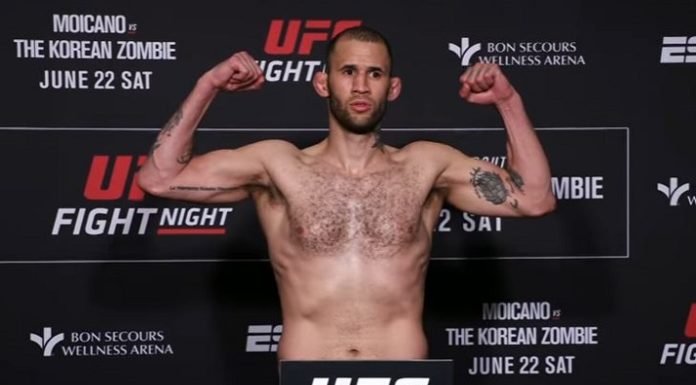