Amanda Nunes isn’t giving up on a shot at becoming two-division champ, despite Cris Cyborg’s lack of interest in the fight.

If you’re looking for a good example of how divided the UFC can be at times (between fighter and promoter, or among the fighters themselves), look no further than the current featherweight title picture. It’s a division without fighters save a champion, a weight class the UFC has neglected to populate likely because they don’t see a future past featherweight Queen Cris Cyborg.

Cyborg, for one, has admirably set her sites on changing that. Mere hours after Dana White was quoted as saying that Cyborg vs. bantamweight champion Amanda Nunes was the fight to make, the featherweight champion pushed back. ” I have a responsibility to the sport to ensure that when I retire the 145lbs division continues to exist,” she said in a statement on her official website. She added that “it is because of that I want my next fight to be against a contender from the featherweight division that has fought at 145lbs within the last year.”

In other words, not you, Amanda Nunes. Nunes has fought at featherweight in the past, but certainly not in the past year. She did go 6-1 in the weight class to start her career, and holds a win over current Bellator featherweight champion Julia Budd. That having been said, the Budd fight, in Strikeforce, was her last. It came in 2011.

Crucially, Cyborg’s logic is sound. The featherweight star has taken her share of criticism in the past about fighting smaller girls, especially when she jumped to the UFC. It’s key to note that the promotion’s failure to create a 145lb division is no fault of Cyborg’s. So the Brazilian wishes to fight Megan Anderson, or Pam Sorenson, who at least fight regularly in the 145lb division.

Still, Amanda Nunes is pushing for the fight. On Twitter early Saturday, she sent out the following:

First of all, I have nothing personal against @criscyborg I do believe it is the fight that everyone wants to see and a fight where we can both leave our marks on this sport.

She’s both right and wrong. It is a fight fans would want to see, but the timing is all wrong. The only thing going for it is the lack of contenders in the 135lb weight class. Raquel Pennington, who would likely get the next title shot, is hurt. All other options have fights booked.

Still, that’s no reason to neglect establishing a 145lb division — though the UFC has yet to show signs it’s willing to do so. 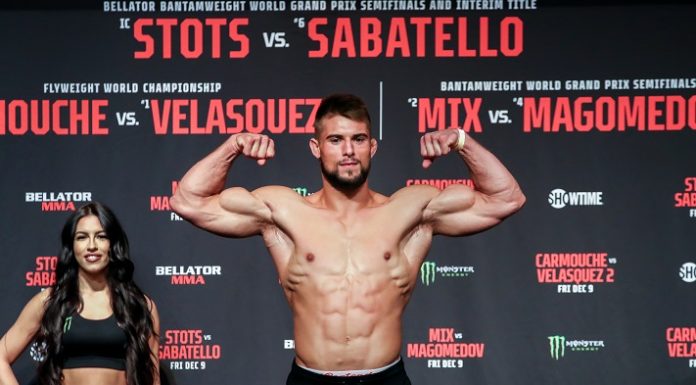