After signing a new UFC contract, ‘The Asian Sensation’ has his first opponent of 2018 set!

Andre Soukhamthath picked up a big win over Luke Sanders at UFC Fresno earlier this month. The short notice victory kept him alive in the UFC, after a pair of split decision losses dropped him to 0-2 over his first two bouts. Now, he’s got a big fight lined up at UFC 222 in March. That will come against the undefeated Sean O’Malley, in a fight Soukhamthath had previously called for. MMA-Today’s Nolan King was first to report the news.

It’s been official, was just waiting for the news to get out. Looking forward to fighting in Vegas again. https://t.co/23idCN4Mef

Soukhamthath (12–5) was CES bantamweight champion prior to joining the UFC in March this year. Dropping split decisions to Albert Morales and Alejandro Pérez in bouts that could very easily have gone his way, his back was against the wall leading into the Sanders fight. Now, it’s about building momentum heading into 2018.

O’Malley (9-0) put on a show in his UFC debut, defeating Terrion Ware by unanimous decision at The Ultimate Fighter 26 finale. He punched his ticket to the UFC on Dana White’s Tuesday Night Contender series.

UFC 222 takes place March 3 at the T-Mobile Arena in Las Vegas, Nevada. No main event has been announced for the card as of yet. 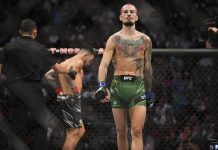 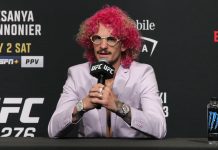