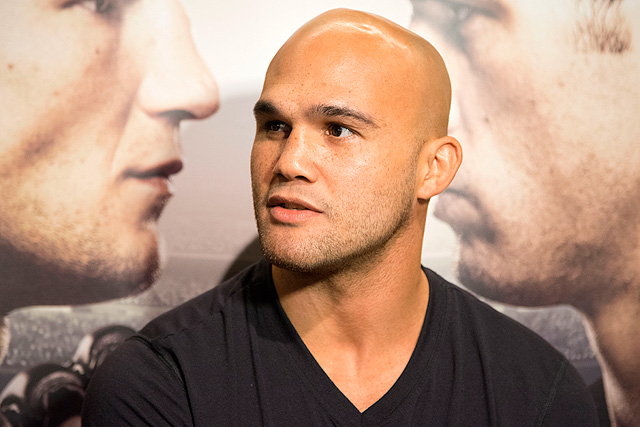 UFC Winnipeg wraps up the year’s FOX events with a stacked card and Cageside Press has their picks set.

UFC Winnipeg is highlighted by a premier matchup at 170-pounds that may result in a title shot for the victor. In addition to Rafael dos Anjos vs. Robbie Lawler, there are great fights sprinkled throughout the card.

We’ll start with the main event, which is between the two most reasonable choices for the next title shot at welterweight. Rafael dos Anjos has looked great at welterweight since losing his lightweight title, defeating Tarec Saffiedine and Neil Magny. Robbie Lawler rebounded from his title loss with a controversial victory over Donald Cerrone earlier this year. Cageside Press is split right down the middle with this one, with five writers on each side.

The co-main event was salvaged after Jose Aldo was called to challenge Max Holloway for the belt on short notice. Instead of fighting one of the greatest featherweights of all time, Ricardo Lamas will take on up-and-coming Team Alpha Male member Josh Emmett, who is 3-1 in the UFC. Lamas has looked great recently, winning three of his last four. All but one writer sided with the former top contender Ricardo Lamas.

The fight with the most firework potential is between potent strikers Mike Perry and Santiago Ponzinibbio. Ponzinibbio is on a great five-fight win streak, stopping three of those opponents in the very first round. Mike Perry is 4-1 in the UFC, knocking out all four of his victims. Like the main event, Cageside Press is split 50-50.

Up-and-coming light heavyweight Misha Cirkunov returns to the Octagon after a lengthy layoff. He’ll take on former title contender Glover Teixeira. Teixeira has lost two of his last three by knockout, while Cirkunov’s run to the top was stopped by a Volkan Oezdemir knockout. Again, Cageside Press’s 10 writers were split on this fight. 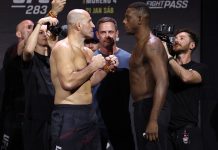