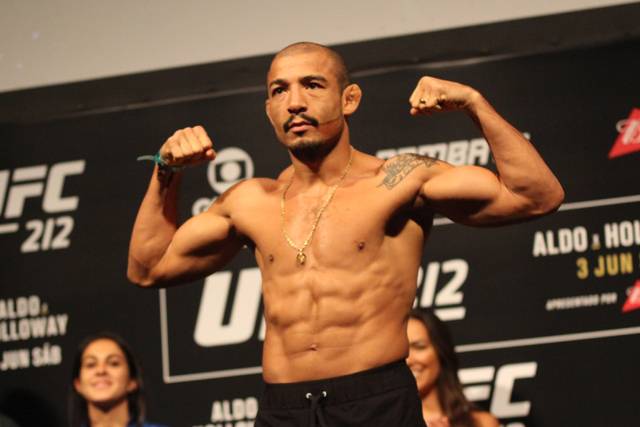 UFC 218 is up there with the best events of 2017 on paper, and Cageside Press has their picks set for the first of two December pay-per-views.

UFC 218 features a great rematch for the featherweight title in the main event, as well as top contender bouts in the flyweight and heavyweight divisions. With great fights all over, this card is expected to deliver in spades.

Max Holloway is on one of the best runs in UFC history and is on the verge of surpassing Royce Gracie for the third-longest win streak in the Octagon at 12. He won the interim title in a bout against Anthony Pettis last year, and later unified the belt with a win over Jose Aldo over the Summer. Jose Aldo, like Holloway, has not fought since then. Aldo is known as one of the greatest featherweights of all time with nine defenses of the WEC/UFC featherweight belt. Holloway got the nod from seven of nine writers.

Francis Ngannou and Alistair Overeem battle in the co-main event for a shot at Stipe Miocic for the heavyweight title. Ngannou has been excellent in his UFC career at 5-0, all via stoppage. Overeem is a legend at heavyweight and has revitalized his career with six wins in his last seven. Only three writers sided with the veteran Overeem.

Henry Cejudo looked like a different beast against Wilson Reis in his last bout, showcasing great striking to complement his Olympic-caliber wrestling. Sergio Pettis has won four straight bouts and is 7-2 in the UFC. All but one writer picked the new-look Cejudo.

Eddie Alvarez vs. Justin Gaethje has Fight of the Year written all over it. Alvarez is a former lightweight champion known for his aggressive style, and is coming off a great brawl with Dustin Poirier. Justin Gaethje is an undefeated brawler that had a very exciting UFC debut over the Summer. Gaethje is a fan favorite, and seven of nine writers picking him showcases that.

Tecia Torres is an emerging contender at strawweight and has won two straight contests making her 5-2 in the UFC. Michelle Waterson is a fan favorite and is 2-1 in the Octagon with a pair of submissions. “The Karate Hottie” is slightly favored in this one with five of nine writers picking her. 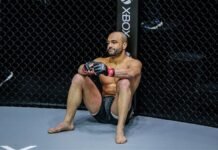