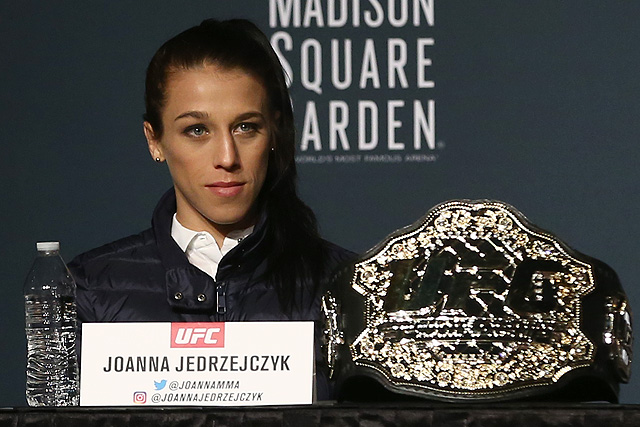 The stage is set for strawweight champion Joanna Jędrzejczyk to make history at UFC 217.  But fittingly, she has to face her toughest opponent to date in Rose Namajunas.

Since 2015, Joanna Jędrzejczyk has ruled the UFC strawweight division with an iron fist. She’s defended the title five times, each more impressive than the last.  With a victory on Saturday, she would tie former bantamweight champion Ronda Rousey’s record of six title defenses, the most by any woman ever in the UFC.  In order to reach that goal at UFC 217, she has to take out arguably the most multi-faceted fighter in the division in Rose Namajunas who is hungry to win the world title on her second attempt.

Since the beginning, it’s seemed as if both women were destined to take different paths to UFC 217.  On December 12 in 2014, Rose Namajunas made her official UFC debut when she faced Carla Esparza for the inaugural strawweight championship.  A day later, Jędrzejczyk earned her first victory over Claudia Gadelha, becoming the top contender for the belt in the process.

Jędrzejczyk made her UFC debut quietly, defeating Juliana Lima on a fight that only ever aired on Fight Pass.  Namajunas was on The Ultimate Fighter on a season that ultimately crowned the champion for the strawweight division, receiving essentially several weeks of promotion before officially stepping into the Octagon.  Even now, the disparity remains intriguing.  The Polish contender was not a contestant on TUF, but even the casual fan will tell you they’ve heard of “Joanna Champion.”  Namajunas had a much slower route, going through a brief rebuilding phase before stepping back into the UFC spotlight.

It’s what makes the match all the more intriguing.  For Jędrzejczyk, the history is important but not so much more as the fact that she is beginning to approach a sweep of the weight class.  She’s already dispatched two of the top three contenders in Gadelha and Jessica Andrade, as well as defeating inaugural champion Esparza to claim the belt.  Besides Tecia Torres who fights in December, Namajunas represents the last of the original group that was established at top of the division when Jędrzejczyk arrived.  The Pole has more work to do at 115 pounds, but she’s put on enough clinics during her UFC run that she’s begun to entertain the idea of moving up to the flyweight division when it opens later this year.

For Namajunas, her ascension has faced several roadblocks.  In her first fight with Esparza, she put on an incredible showing to open the fight but hit a plateau and the veteran Esparza was able to rally back to get the victory.  At the time, it was chalked up to the notion that the 22 year old Namajunas simply had more growing to do before reaching the championship level.  She bounced back impressively, beating future Invicta champion Angela Hill, stopping Paige VanZant in her first main event, and edging out Tecia Torres in a bout many believed had title implications.

While many thought a second opportunity at the belt was next for “Thug” Rose, she instead found herself in a fight with then unknown Karolina Kowalkiewicz.  Kowalkiewicz was notable in that the champion had personally pushed for the UFC to sign her.  Namajunas was heavily favored to win but found herself without an answer for the offensive effectiveness of Kowalkiewicz in the clinch.  The Pole would end up getting the title shot and Namajunas took a ten month hiatus to regroup.  When she returned, she looked deadlier than ever in stopping Michelle Waterson in two rounds to finally earn her second title shot.

For the all of the pre-fight intensity between the two, the actual fight figures to be a very cerebral chess match that pits the offensive efficiency of Jędrzejczyk against the unorthodox attack of Namajunas.  The champion is among the best strikers in the sport and has dismantled elite opponents with a high volume of strikes.  Her speed and sense of distance and timing are second to none from years of muay-thai.  Furthermore, she’s improved her grappling and takedown defense where even the most ardent of grapplers like Gadelha and Andrade have struggled to get a secure top position for more than a brief period.  The strategy should be, as usual, to get in and out with a sharp jab or short combinations and accumulate damage as the fight goes on.

For Namajunas, the key is going to be to get her strikes off first.  The challenger has excellent footwork that she displayed in the first round against Kowalkiewicz and Torres.  She gets in and out with a diverse array of strikes that makes opponents hesitant to follow after her.  While both women are well-rounded, “Thug” is more prone to using her grappling on the mat rather than just for takedown defense.  While she tends to keep the fight on the feet, she will pounce on an opportunity to do damage on the ground as evidenced in her fights with VanZant and Waterson.  Compared to other grapplers the champion has faced, Namajunas has perhaps the most offensive submission game off her back and that could come into play if she were to lose a scramble for position against Jędrzejczyk.

The champion has never faced anyone who likes to utilize the full diversity of their skill-set like Namajunas.  On the other hand, the challenger has never faced someone with the physical advantages or world-class striking like Jędrzejczyk.  The potential array of skills that could be showcased has many fans anticipating one of the best female fights of all time.  Considering the stage provided by Madison Square Garden, there’s plenty of reason to believe the bout will provide the fireworks the public is hoping to see. 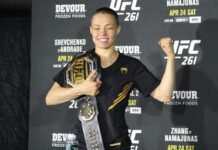 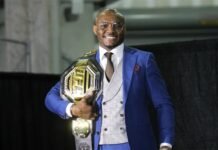