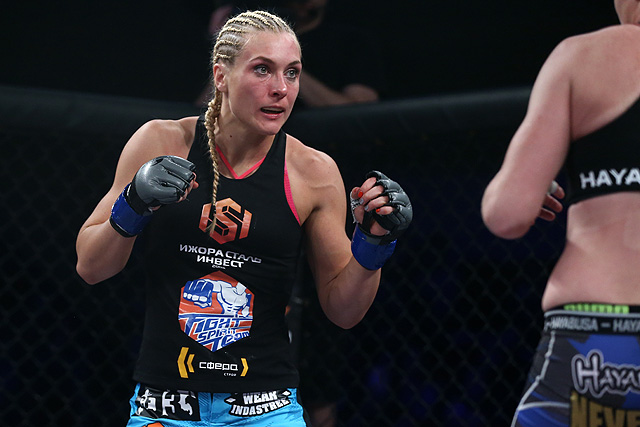 Yana Kunitskaya will be taking her third straight shot at an Invicta title, and she may be the most dangerous version of herself that we’ve ever seen.

“Foxy” Yana Kunitskaya can be a deceiving character at first glance.  Her piercing gaze and striking physique suggest she’s long been on the fast track in the world of MMA.  With a record of 9-3-1, she certainly has the skills to match.  What fans may not be aware of is how much “Foxy” has carried with her to reach this point as she prepares for her third straight Invicta FC title shot.

Kunitskaya will be facing Raquel Pa’aluhi in the main event of Invicta FC 25 for the now vacant bantamweight title.  It’s a goal “Foxy” is very familiar with as she has challenged Tonya Evinger twice for this championship already in the past twelve months.  Since Evinger recently moved up to the UFC, Kunitskaya finds herself facing Pa’alhui for the right to call herself champion of Invicta.

At a time when there has never been more scrutiny on winning and defending championship belts, Kunitskaya is realistic about the situation.  After two unsuccessful attempts, she is aware that even with a victory she will have to wait to get back in the cage with the woman she has failed to officially wrest gold from.

“…I feel the same way about all my losses, that I want to get revenge so much.  Some girls in my career, maybe they did not want to fight with me again.  As for me, getting another fight with Tonya (Evinger) is my dream.  Maybe after this fight if I win and I move up to the UFC I can get my revenge on Tonya, that would be the best thing for me.”

Indeed, she will not get the satisfaction of taking the gold from Evinger on Wednesday if victorious.  To get competitive revenge against Evinger, she will eventually have to make her way to the bright lights of the Octagon to face “Triple Threat” a third time.

She has plenty of reasons to be confident going into her third straight title shot.  “Foxy” has now made the move to Albuquerque, New Mexico to train with the renowned JacksonWink team for her fight camp.  If the pressure of being thrust into an immediate title shot in Invicta was too much, she feels that the team in New Mexico has addressed the issue.

“In my last fight I had a mental problem, I think.  I was so worried, it was like too much pressure for me from both my coach and my team.  But now I’ve changed my team and my coach.  Now I’m training at JacksonWink and my coach Mike Winklejohn did a great job not just with physical things but also working with my mind so I think it will be totally diffferent.”

When looking at the team’s current run of success, all signs would point to Kunitskaya being sharper and more confident going into the cage.  The team had been riding the high of Jon Jones regaining the light-heavyweight championship, and re-claiming his place as the best pound-for-pound fighter in the world when we spoke to her. On another note, Kunitskaya’s main training partner Holly Holm also snapped a three-fight losing streak earlier this year with serious implications for her UFC career on the line.

While the present day Kunitskaya is ready for action, she’s traveled a long way to reach this point.  In the west, Russian MMA has never been on a better run.  But things back home are not as favorable for “Foxy” and women’s MMA.

“…our fans and people don’t react well to women’s fighting.  It doesn’t matter on which level you are.  It’s especially bad for female fighters who are speaking bad about the treatment.  Also, it doesn’t matter if they are from here or from America or Brazil.  They just aren’t ready to see women fighting, even the ones who are very good like the UFC champions.  All people say that the women’s fights look like street fights and that they don’t have technique, they just say it looks bad and only care about what girls should look like.  Like is she beautiful, is she not beautiful?  No one accepts the girls as fighters.  We’re still at this level where people are not ready to see it.”

When considering the female fighters who have garnered success such as Kunitskaya or Anastasia Yankova, there is no reason to believe that the country is not capable of churning out elite female talent.  However, Kunitskaya explains that it is more about the culture than it is about the sport.

“I think it’s about culture.  We have a very traditional mentality like that men should work and bring the money and women should stay home and have kids and take care of them and the husband.  If she does play a sport it should be something like dancing or tennis.  So fighting or lifting weights, no.  People are just not ready.”

Such experiences may be disheartening, but they have done little to affect Kunitskaya’s motivation.  Ahead of her fight with Pa’aluhi, “Foxy” is displaying all of the signs that she is up to the task.

“I think that she’s a very good fighter.  She’s lost a lot of fights but it’s only to top level fighters.  Her BJJ is very good and we’re preparing for this.  I feel my striking is much better and we’re prepared to defend all situations on the ground.  I think she’s a little smaller than me so she won’t be as strong.  But I’m trying to be ready for each part of the game and I’m training a lot, five times a day.  So I will be ready for this fight.”

Her preparation has by all means been a success so far in her career.  To now improve her training by joining one of the best teams in MMA only serves to make her a better version of “Foxy” than we have seen before.  Considering her journey so far, that’s a scary proposition for the bantamweight division.

Yana Kunitskaya will face Raquel Pa’aluhi at Invicta FC 25 on August 31 for the vacant bantamweight championship at the Tachi Palace in Lemoore, California. The event will air exclusively on UFC Fight Pass. 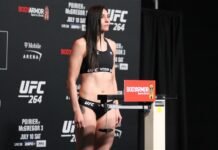 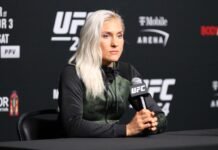