Japan’s RIZIN Fighting Federation on Friday announced the addition of a number of new bouts to its October card in Fukuoka. Featuring the promotion’s first tournament featuring female fighters, the World Grand Prix 2017 Autumn card will also feature a number of bouts from its men’s bantamweight tournament. More fights were also announced for the women’s atomweight tournament that anchors the event.

Joining the already announced headliner of RENA vs. former King of the Cage atomweight champ Andy Nguyen will be Miyuu Yamamoto vs. Irene Rivera. Yamamoto, sister of the legendary “Kid” Yamamoto, is 1-2 as a professional, and coming off her first victory, over Cassie Robb in July. The 43-year old was a late start in MMA, but was a decorated wrestler who won gold three times at the World Wrestling Championships.

Keeping the Yamamoto connection going, Miyuu’s son Erson Yamamoto (2-2) will also fight on the card. The twenty-year old has lost bouts to Kron Gracie and Hideo Tokoro, but recently picked up a win against Jesse Rogge at a King of the Cage event in July.

The younger Yamamoto will take on Manel Kape as part of the men’s bantamweight grand prix. Also added to that tournament, Pancrase vet Shintaro Ishiwatari (22-6-4) will take on Fight Nights Global prospect Akhmed Musakaev (5-0). Ishiwatari represents one of the top bantamweights in Japan, while Musakaev made his pro debut in 2016 by winning three fights in a single night to capture the FightPro – Star Wars tournament crown.

The event will take place October 15 at the Fukuoka Marine Messe in Fukuoka, Japan. Confirmed bouts for the card are as follows:

Bantamweight GP opening round Bracket B 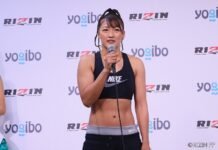 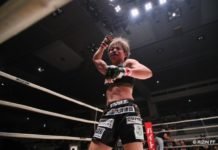