The UFC Auckland results are in, and in the second fight of the Fox Sports 1 main card, flyweights Tim Elliot and Ben Nguyen went to war. Elliott (14–7–1) entered the night coming off a rebound win over Louis Smolka at UFC on Fox 24. Prior to that, he’d put up a spirited but ultimately futile challenge against flyweight champ Demetrious Johnson at the Ultimate Fighter 24 finale.

Ben Nguyen (17–6), meanwhile, entered the night having gone 3-1 overall in the UFC, with his only loss coming to Smolka.

Entering the night, Elliott was the odds on favorite, but Ben Nguyen had other plans. Nguyen came out strong, landing a high kick early, then clipped Elliott with a punch and followed it up with a knee. Whether Elliott was rocked or not, Nguyen then took the fight to the canvas and secured Elliott’s back. Elliott stood up with Nguyen still on him, and wound up dropped back down to the mat. Nguyen had his arm under Elliott’s neck at that point, and it didn’t take long for the tap to come! 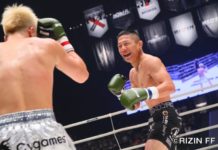 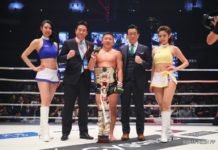 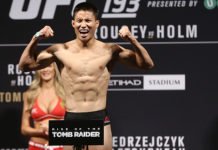 Flyweight Ben Nguyen Announces He Has Been Released by UFC