The passing of a controversial bill in California late last month has prompted UFC featherweight Jared Gordon to open up about his own experience with sexual assault.

California’s Senate Bill 145 passed on August 31. The bill changes the circumstances under which an individual convicted of statutory rape can be added to the state’s sex offender registry.

The new bill changes that, empowering judges and prosecutors to make a determination on sex offender registration on a case-by-case basis. Regardless of the physical act in question.

In response to the bill’s passing, UFC featherweight Jared Gordon has opened up about his own experience with sexual abuse as a child.

“I was sexually assaulted by a man at the age of 9. Full on rape. I had to perform oral, and anal sex on a man. I had no idea what was happening,” he wrote via Instagram on Saturday. “I thought I did something wrong, like I was being punished for something. To this day I can still feel, and remember the smells and tastes. This ruined my life, at that moment my life took a completely different path then the one I was on. I know it turned me into a hateful person. It made me violent and eventually led me to drugs and alcohol.”

That part of Gordon’s story is well known. He began using drugs in his teens, and by his early 20s, Gordon was addicted to heroin. He overdosed on several occasions. Thankfully, Gordon would go on to turn his life around, making it all the way to the UFC.

Gordon also went on to reveal on social media Saturday that the individual responsible for his abuse was later caught. “I vowed I would kill this person when I got older. Luckily this person was eventually caught in a child pornography ring and had other charges brought against him which landed him in prison. This is the most bizarre sh*t I have ever seen. If you’re down with this get the f*ck out of my way. No way in the world can a minor give consent or ever understand sex. I don’t even know what else to say…”

Multiple conspiracy theories and inaccurate reporting, especially on social media, have however led to the spread of rumors claiming otherwise.

With that being said, it took an incredible amount of courage for Gordon to speak out publicly about the experience. With luck, his story will help others struggling with the same issues. 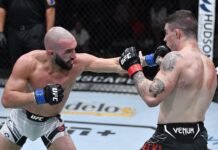 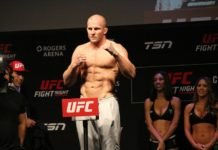 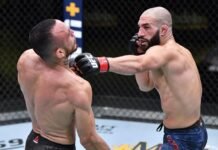